The most major indicator of classical music’s importance in society today is the fact that much of the popular music that is currently being produced uses similar beats, harmonies, and melodies as those that were used in some of classical music’s best works. It’s still common to see people using 2/4 rhythm, as well as 4/4 for dance hits that are being played on the radio. Even so, it can be difficult for those who do not study music theory to see this as an indicator, since it is subtle and just shows the impact symphonic orchestras have had on society’s taste in music.

A better example for the relevance of opera and classical music can be seen in the invention of the rock opera. Opera, in its simplest definition, is telling a story using music as its form. The art of telling a story using music has not faded in the least bit, and in some cases, such as Mindcrime by Queensryche, actual orchestras are used for major parts of the opera itself. Some of the world’s greatest hits have been parts of rock operas, including The Wall by the Who, Arthur by the Kinks, and The Rise and Fall of Ziggy Stardust by David Bowie. It’s also worth mentioning that many groups have taken it a step further and created movies and performances based on their own opera compositions, including a very recent Repo: The Genetic Opera. 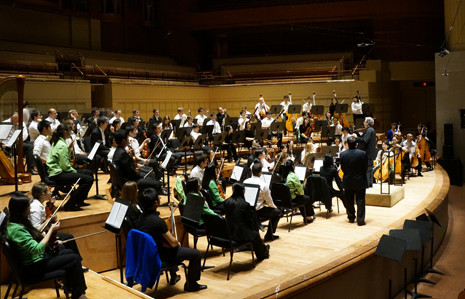 Fans of classical music – especially those of symphonic orchestra – can also tell you that there are very few genres of music that are more expressive. So, it should come as no surprise to anyone that classical music pieces are still used in the making of modern movies as background music. Symphonic orchestra compositions have also been created solely for the purpose of being included in major motion pictures, with their soundtracks often being received very well amongst mainstream music fan. Even rappers have been known to sample classical music pieces in their work. (The song, “I Can” by Nas gained some notoriety thanks to its sampling of “Fur Elise” by Beethoven.)

Saying that classical music, opera, and symphonic orchestra is not important to today’s society is like saying that bricks are not important to buildings. Classical music and opera are the very foundation of what our modern music is based off of, and there are references to it throughout pop culture. Considering the huge impact this genre has had on our current society, it is without doubt that we can expect it to continue to remain important for centuries to come.