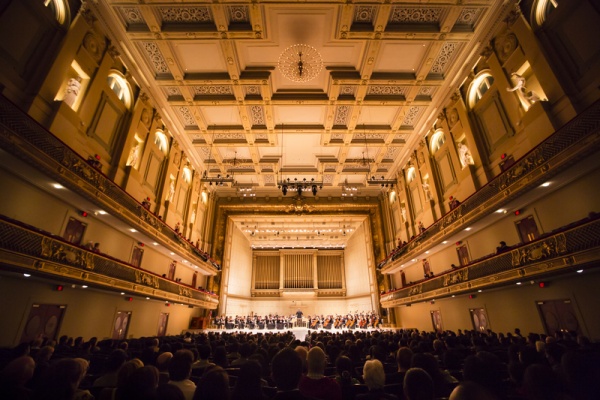 In its continued effort to bring the best classical concerts to its patrons, the Greatest Performance (www.greatestperformance.org) has announced a new Chinese concert of Shen Yun Symphony Orchestra scheduled at 8:00 PM on October 13, 2017, at Boston Symphony Hall, Boston, Massachusetts.

“Through the universal language of music, Shen Yun Symphony Orchestra is taking you on a journey through 5,000 years of Chinese culture. The music draws upon China’s 5,000 years of civilization, breathing new life into musical themes, and releasing tremendous energies that will leave audiences uplifted and inspired,” said media spokesperson, Sue Qin.
“This classical Chinese concert blends the spirit and distinctiveness of Chinese music with the precision and power of a Western orchestra. Ancient instruments like the erhu, pipa, and a range of Chinese percussion instruments lead the melody on top of full strings, woodwinds, and brass.” added Qin, media spokesperson for The Greatest Performance.

The upcoming Boston concert event is as follows:

The concert program includes Shen Yun Symphony Orchestra’s original works, and works by Berlioz, Dvorák, and others. The musical performance features the world’s foremost classically trained musicians from different parts of the world, sopranos and tenors, classical Western and Chinese instruments— together creating one spectacular performance.

“Each of the 2014 Shen Yun Symphony Orchestra Concerts will provide the most spectacular evening out to patrons attending these ‘one-of-kind’ classical Chinese concerts,” said Qin, the Greatest Performance spokesperson. Indulge yourself in this musical extravaganza, experience ancient Chinese instruments leading a grand Western orchestra through melodies rooted in 5,000 years of divinely inspired culture.

The Greatest Performance, known to be one of the premier sites on the web for the latest information and ticket sales for the Shen Yun Symphony Orchestra and the Shen Yun Performing Arts, is something that is very near and dear to operator’s hearts, who know patrons will feel the same way. The Shen Yun Performing Arts Company was founded in 2006 and has grown to become a worldwide tour reviving 5,000 years of civilization. It’s something not to be missed.